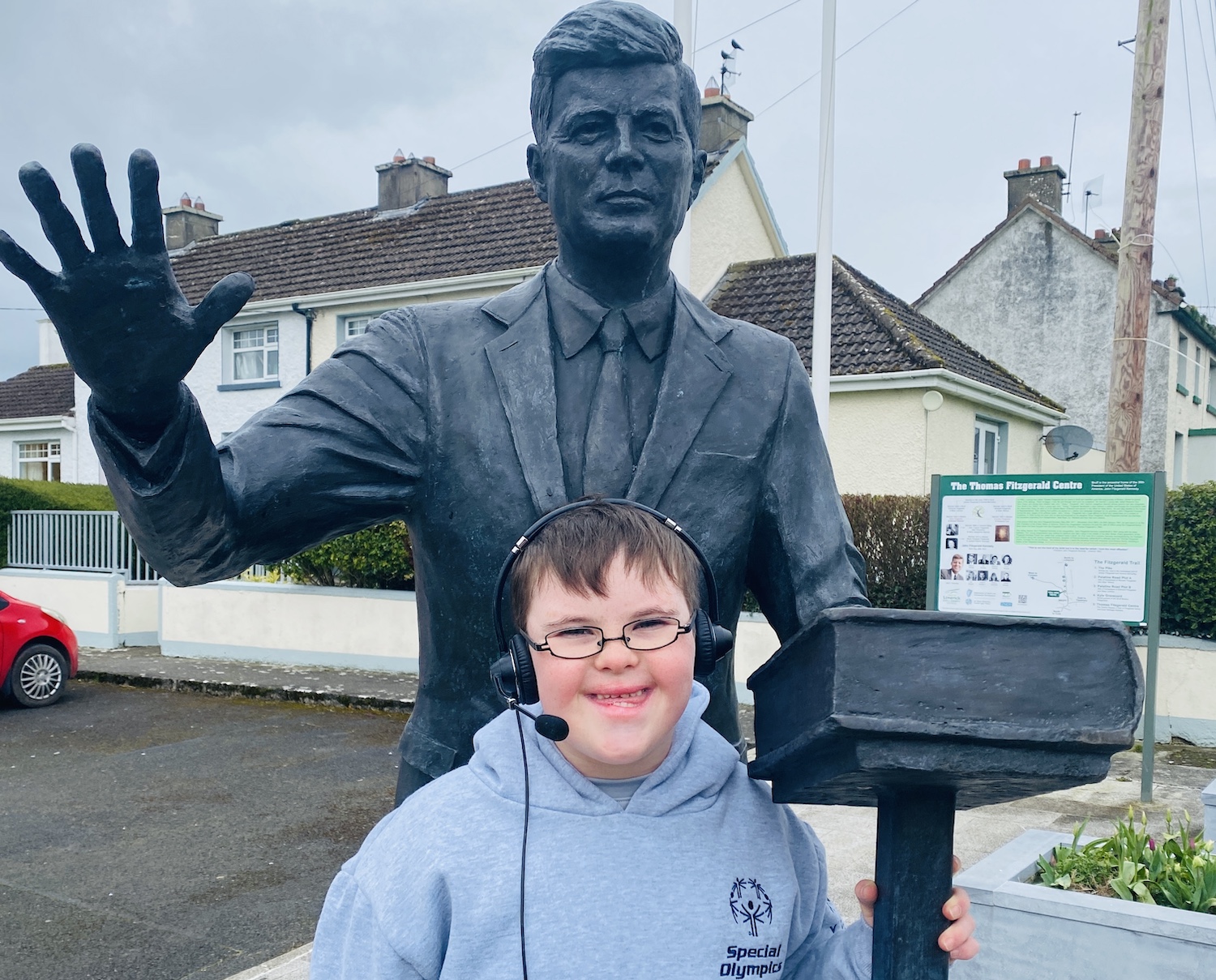 Paudcast – With his 60-second Monday Motivation Paudcast, young Pádraig O’Callaghan of Knockainey, Co. Limerick, is promoting positivity around the world.

With his 60-second Monday Motivation Paudcast, young Pádraig O’Callaghan of Knockainey, Co. Limerick, is promoting positivity around the world. The Paudcast is a weekly motivational video that features on Dad Brian’s business website EcoStraws.ie and has since gone global.

Padraig, who has Down syndrome, started working on the series with his father at the beginning of lockdown last year. Brian persuaded the youngster to begin filming in order to keep him entertained whilst he was out of school and to develop his communication and confidence skills. Since its appearance on national and international media channels a few weeks ago, the ‘Paudcast’ has gone viral, with messages of encouragement coming in from all over the world.

Pádraig recently appeared in RTÉs episode of Nationwide (March 31st), alongside his mum and dad, and his proudest accomplishment to date as a motivational speaker will come next week, when he addresses over 200 delegates at the Special Olympics World Forum, moderated by Tim Shriver, JFK’s nephew. With that in mind, we caught up with Pádraig earlier this week while he was shooting a brief introduction video at the statue of JFK in Bruff.

“The response has been incredible,” Brian said. “It’s been an enriching journey. We’ve received hundreds of messages from all over the world. They keep pouring in, and it’s difficult to keep up. If Pádraig’s videos can offer even a glimmer of inspiration or hope, that can only be a positive thing in these trying times.’ ‘I do some volunteering for Special Olympics Ireland and Down Syndrome Ireland, and their optimistic mental mindset mantra is very, very important, which is how we came up with the ‘Monday Motivation Paudcast,” Brian continued.

“I suppose it’s been very challenging for kids during lockdown. We found, it was a way of keeping him entertained, keeping him out of trouble and we got to spend more time together, Brian explained as he has focused on his business from home since losing his job in aviation last year. ‘We have had agencies call us asking if we wished to progress it commercially, but that’s not why we do it.”

Pádraig feels his audience are “very happy and excited to see me”, and his top tips for staying safe but also upbeat include allowing yourself to make mistakes because “you can’t learn anything from being perfect”, “try and tackle those jobs you don’t want to tackle” and “stay home and keep busy”, as well as creating awareness of Down syndrome, with particular focus on the abilities, not the disabilities.